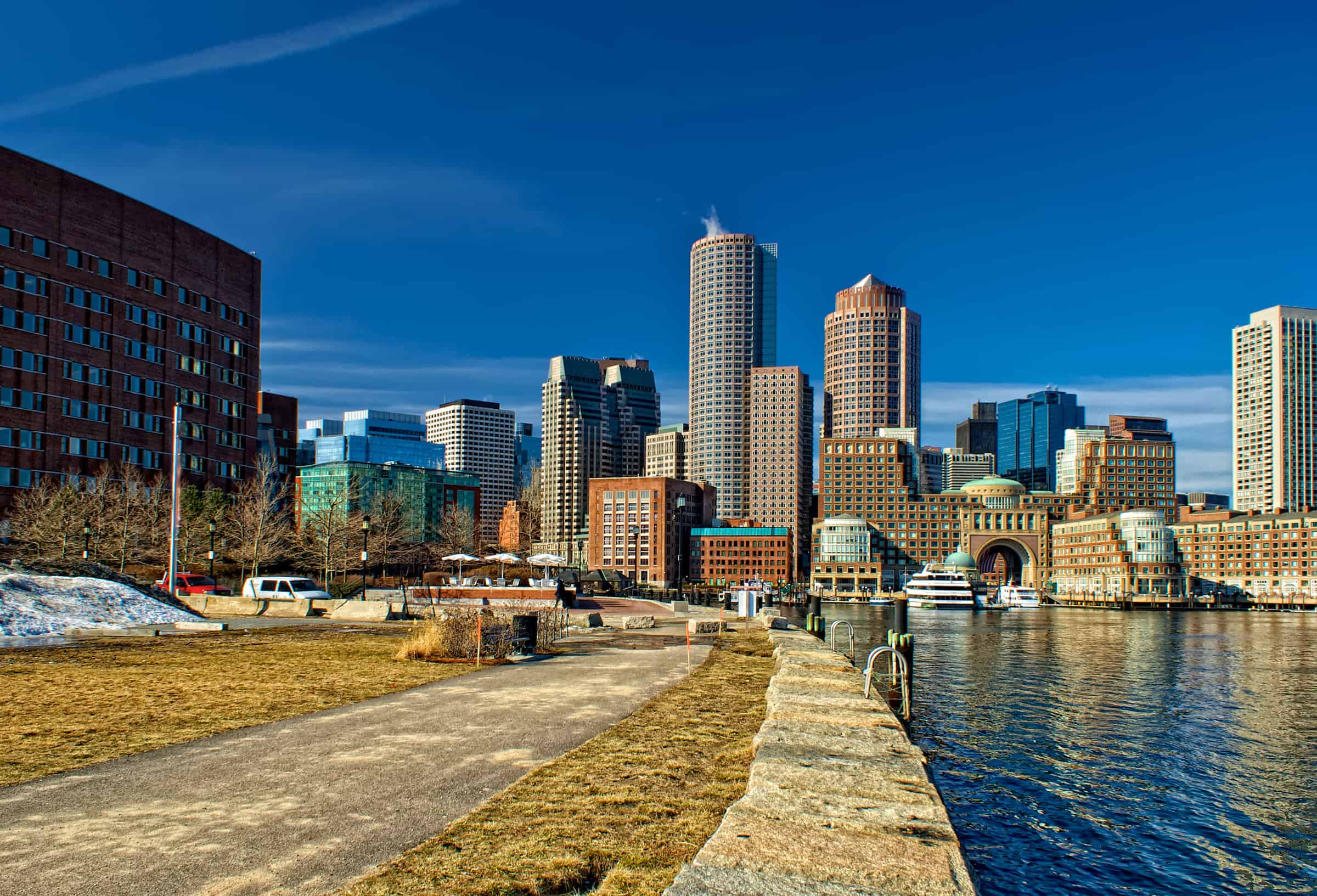 With your front door opening to the City of Boston and the Atlantic Ocean at your back door, South Boston is the place to live. With its small town sensibility (3.3 square miles) and its big city energy, you’ll find that “Southie” is both a suburban and an urban paradise. Car-free living is easy here; everything you need is at your fingertips.

Nestled serenely on its own eastern peninsula (spectacular sunrises), South Boston is located within a mile of major expressways pointing north, south, and west. Logan Airport is a straight route either by car or public transportation.

And public transportation is more than ample here: we have five city buses that take you directly to either Downtown Boston or to the three main branches Red Line Mass Bay Train Transportation Stations – Broadway, Andrew or South Station. South Station is a major travel link, home to Acela, Amtrak, and the Mass Bay Silver Line Buses (connecting to Logan Airport and the thriving South Boston Seaport District). South Station is also home to the Purple Line Commuter Trains, which take you on to further commutes and adventures (Foxboro, Kraft Stadium and the Patriots, anyone?).

A walker’s dream, you can stroll (or jog, bike or rollerblade) along the three-mile seaboard promenade; from Carson Beach (affectionately known as “Cape Carson – the Irish Riviera”) to Castle Island (a twenty two acre waterfront National Historic Park) containing Civil War’s Fort Independence (where Edgar Allen Poe, stationed as a soldier was inspired to write “The Cask of Amontillado”!).

Along the three-mile Day Boulevard promenade you will find Carson Beach Bathhouse, with summer shower facilities and amenities (along with fabulous lobster rolls and foot-long hot dogs), and L Street Beach, with the historic Curley Recreation Center (home of the famous L. Street Brownies). Here at the Curley Recreation Center history stands still, with the last vestiges of Proper Bostonian’s only enclosed Women’s Bathhouse and beach and the separately enclosed Men’s Bathhouse and beach, with facilities, showers, saunas, and solariums. Along the causeway you can take the time to swim, shell-gather, shore fish or even dig your own clams!

Steeped in history, South Boston is where then General George Washington drove the British Occupying Forces from the City of Boston on March 17th, 1776. It’s no wonder that the Irish chose Southie as a grand place in which to settle and raise their families. So too, did the Lithuanian, Polish and Albanian immigrants. And South Boston continues to grow and thrive. With approximately 30,000 residents, a wholesome, diverse and cultural mix of blue and white-collar workers, families and urban singles, South Boston has something for everyone. Even your pets. Southie is an extremely dog friendly city with many well maintained small and large parks to exercise your pooches. There are several veterinary facilities to choose from as well as numerous dog-grooming shops. There is even a doggie bakery in Southie. We love to spoil our own.

Spoil your human loved ones too: shopping is excellent here in South Boston with specialty clothing shops for men, women, and children. Designer clothing stores, handmade jewelry, imported Irish caps, sweaters and linens, card and gift shops all line Broadway, from east to west. No need to drive to the malls: take a Christmas shopping stroll. Numerous restaurants, bakeries, pizzerias, and coffeehouses cater to all your desires, from gourmet dining to cheap eats.

You can dine out or choose to eat in, with home deliveries being unrivaled anywhere else in Boston. In Southie you can order in – anything from Thai food to turkey dinners, from seafood to sushi, from munchies to Mexican. You can even get your dinner wines and favorite cocktails delivered to your home. As the winter snow flies, stay in, rent a movie, and relax. (An added advantage to seaside living weather conditions is that any snow frequently turns to rain… yet snow skiing and snowboarding are a short jaunt away).

Everything you desire is a short journey away. Boston, with some of the world’s finest hospitals and universities, its cosmopolitan theaters, art museums, prestigious shopping, and social events, is less than two miles from South Boston.

So too, is Chinatown, the Theater District, the SoWa District (with its own theaters, restaurants, and nightlife), Beacon Hill, the Boston Common and the Frog Pond (ice skating in the winter), Newbury Street and Copley Place. Close by is the Italian North End’s fine dining, Bank North’s Boston Garden (home of the Celtics), and Fenway Park (and we all know who’s at home there). Along the waterfront and connected to South Boston by the Boston Harbor Walkway lies Boston’s Aquarium, the Children’s Museum, the Museum of Contemporary Art, the Bank of Boston Concert Pavilion, the World Trade Center and the Boston Convention Center. And don’t stick to land: Boston Harbor contains 34 accessible islands, with water ferries and connecting free water taxis for exploring National Parks, Civil War fortifications, beaches, fishing, Boston Historic Lighthouses, and DCR Camping sites.

Children are cherished here, and it shows. No child is left behind: from Early Intervention Learning Centers to After -School Programs and Tutoring, South Boston is home to no less than 5 pre-schools, 6 elementary, 4 middle and 5 high schools. They vary from public, parochial, magnet and charter schools. We have youth athletic leagues for soccer, basketball, softball, football, baseball, and ice hockey. Southie has an ice skating rink and dance classes (everything from hip-hop to Irish Step), free summer sailing lessons at Castle Island, as well as numerous summer day camp programs.

Explore history in your own backyard: from the Civil War Forts to the Union Cemetery, from Saint Augustine’s Chapel, the oldest Catholic Church, and cemetery extant in Boston to Dorchester Heights’s Monument, where our own frozen militia drove the British out of the harbor. Where in Southie were pirates hung? Where was Powwow Point? What is “spuckie”? What is “Southie shrimp”? Make South Boston your hometown and find out. We’re waiting for you.

Create a Search Account (it's free)
Sign up now to save searches, listings, and get tailored listing notifications. It's free, opt-out anytime.

Stay Up To Date